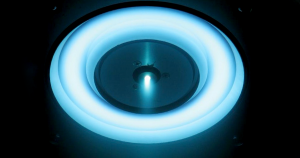 For nearly 20 years, scientists have debated the viability of an EmDrive, a hypothetical type of engine that could propel a spacecraft without the need for any fuel.

If that sounds too good to be true, that’s because it probably is — a working EmDrive would literally break one of the foundational laws of physics — but that hasn’t stopped scientists from top research organizations including NASA and DARPA from pursuing the tech, because the payoff would be so extraordinary.

Now, a team of German physicists is conducting a new EmDrive experiment — and this one could end the debate surrounding the controversial concept once and for all.

In 2001, British scientist Roger Shawyer proposed the idea of generating thrust by pumping microwaves into a conical chamber. They’d then bounce off the cone’s walls, exerting enough force to power spacecraft.”

The problem is that this would essentially be creating force out of nothing, which isn’t possible according to the law of conservation of momentum.

Still, a handful of researchers claim they’ve managed to generate some thrust in their EmDrive experiments — though the amount is so low that it’s thus far been hard to say whether the device was in fact generating the thrust or whether it was caused by some outside influence, such as the Earth’s magnetism or seismic vibrations.

To clear up the controversy, the team from Technische Universität Dresden has built a super-sensitive instrument for measuring thrust that they believe to be immune to the outside interference plaguing other studies.

They plan to publish the latest results of their EmDrive experiments in the journal Acta Astronautica in August, according to a new Wired profile of their work, and lead research Martin Tajmar told the publication he thinks we might be just a few months away from finally putting the EmDrive debate to bed.

The post New Experiment Will Test EmDrive That Breaks the Laws of Physics appeared first on Futurism.

Source: New Experiment Will Test EmDrive That Breaks the Laws of Physics