Walmart is doubling down on its technology innovations in its brick-and-mortar stores in an effort to better compete with Amazon. The retailer today announced the expanded rollout of several technologies – ranging from in-store Pickup Towers to help customers quickly grab their online orders to floor scrubbing robots. These jobs were, in many cases, previously handled by people instead of machines.

“Auto-C” floor cleaner is programmed to clean and polish the store’s floor after the area is first being prepped by associates. First publicly introduced last fall, the floor cleaner uses assisted autonomy technology to clean the floors, instead of having an associate ride a scrubbing machine – a process that today eats up 2 hours of employee’s time per day. Built in partnership with Brain Corp., Walmart said in December it planned to deploy 360 floor-cleaning robots by the end of January 2019. It’s now bumping that rollout to include 1,500 more.

The Auto-S shelf scanners, meanwhile, have been in testing since 2017, when Walmart rolled out 50 robots to U.S. stores. It’s now adding 300 more to production.

These robots are produced by California-based Bossa Nova Robotics, and roll around aisles to scan prices and check inventory. The robots sit in a charging station until given a task by an employee – like to check inventory levels to see what needs restocking, identify and find misplaced items, or locate incorrect prices or labeling. 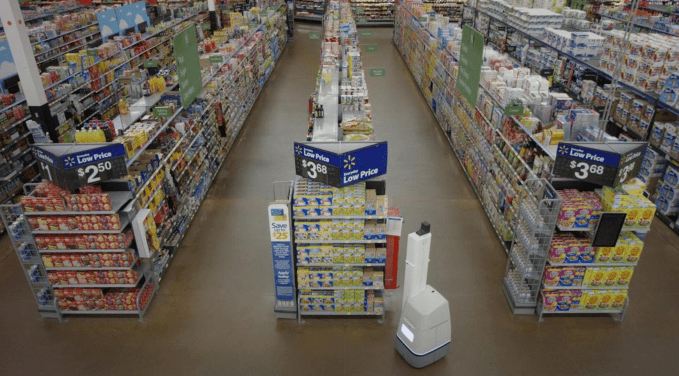 In the backroom, Walmart has been testing FAST Unloaders that are capable of unloading a truck of merchandise along a conveyor belt in a fraction of a time that it could be done by hand. Unloading, the company noted earlier in testing, was also a heavily disliked job – and one it had trouble keeping staffed. Last summer, Walmart said it had 30 unloaders rolled out in the U.S. and was on pace to add 10 more a week. 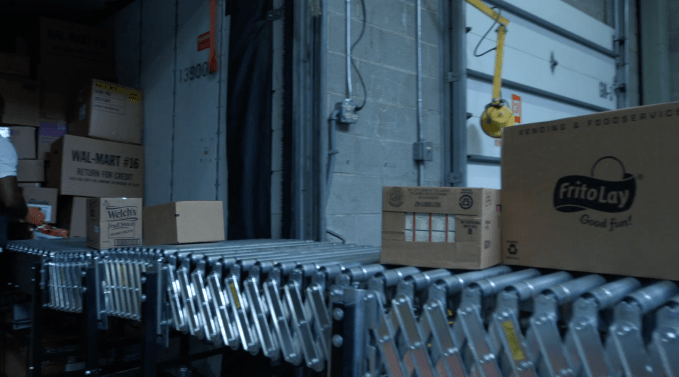 The Pickup Towers have also been around since 2017, when they arrived in 200 stores. A sort of vending machine for online orders, the idea is that customers could save on orders by skipping last mile deliveries, as shipping to a store costs Walmart less. Customers then benefit by getting a better price by not paying for shipping, and could get their items faster. 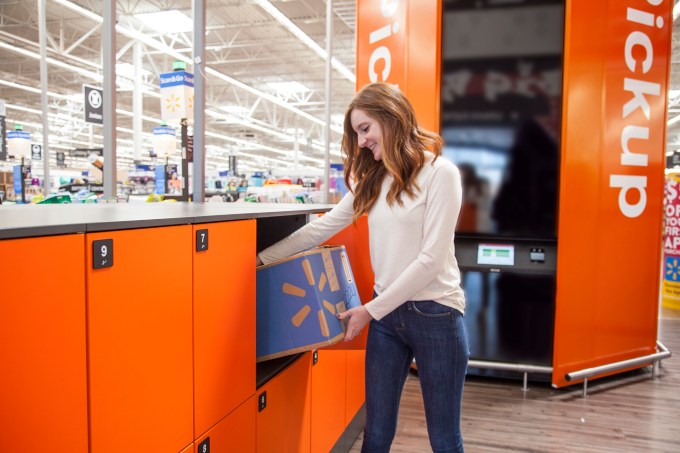 The company claims all this tech will free up its employees’ time from focusing on the “more mundane and repetitive tasks” so they can instead serve customers face-to-face.

Of course, that’s what they all say when turning over people’s jobs to robots and automation – whether that’s fancy coffee-making robotic kiosks, burger flipping robots, or restaurants staffed by a concierge but no kitchen help besides machines.

In Walmart’s case, however, it still has plenty of work for its staff – like picking groceries for its booming online grocery business, for example. Grocery shopping, generally, accounts for more than half its annual sales and more of that business is shifting online.

The retailer believes it will have enough work its store associates, even when automating away parts of their jobs – particularly in grocery. The company also said that many of the jobs were those it struggled to find, hire and retain associates to do – by taking out the routine work, retention has improved.

“What we’re seeing so far suggests investments in store technology are shaping how we think about turnover and hours. The technology is automating pieces of work or tasks, rather than entire jobs,” a Walmart spokesperson said. “As that’s happening, we have been able to use many of the hours being saved in other areas of the store — focused more on service and selling for customers,” they continued.

“We have now added over 40,000 jobs for the online grocery picking role in stores over the last year and a half. These jobs didn’t exist a short time ago. The result so far: we’ve seen our U.S. store associate turnover reduced year-over-year,” the spokesperson added.