Admittedly, Brain Corp. sounds a bit like an evil corporation in some superhero comic, but the San Diego-based startup has generated some serious funding in recent years, including a $114 million Series C, led by SoftBank back in 2017.

The company’s been putting that money to work, announcing today the launch of an in-store autonomous delivery robot. AutoDelivery, which is currently still “proof of concept,” is built on the startup’s own BrainOS navigation platform, which is currently powering products from a number of companies, including Tennant, Minuteman, ICE, Nilfisk and SoftBank Robotics.

Brain Corp.’s system is an interesting one designed to fulfill a fairly wide range of case uses, from stores to factories to warehouses. That could mean everything from inventory stocking to delivery fulfillment. It’s a massive business and one positioned to get even larger in coming years, with products from Amazon Robotics and Fetch to Playground Ventures-supported Canvas, which offers up a similarly autonomous robot for factory settings.

Heck, even Boston Dynamics is getting in on the space these days, with its recent acquisition of Kinema Systems. 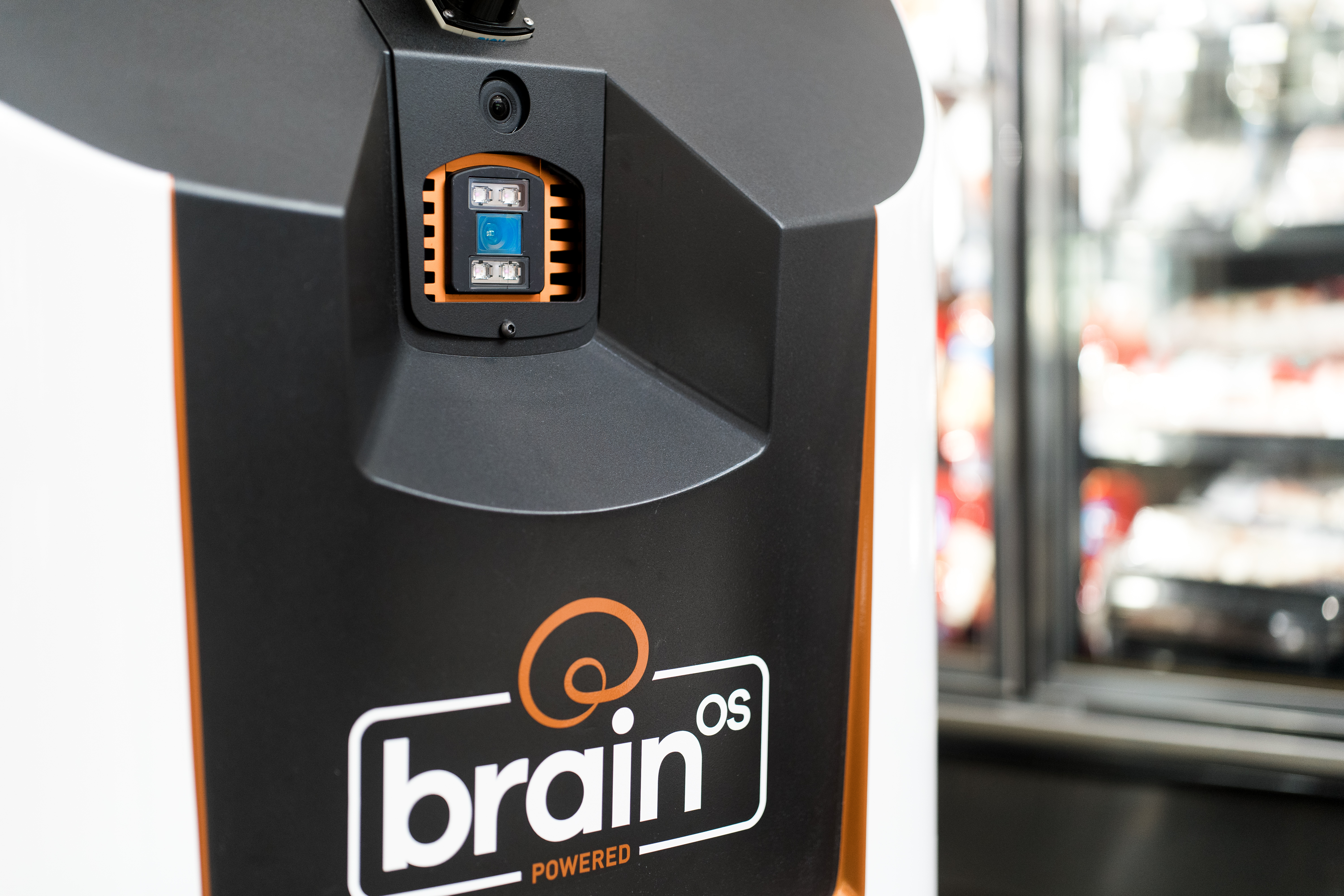 The Brain Corp. system appears to have some of the competition beat with its ability to tow carts, which could make it useful in a retail setting like the one in the above video. It also sports a touchscreen, so employees can input directions directly, forming a different relationship with human employees than products like Bossa Nova’s inventory-checking robot.

The robot is still in its early stages, making its debut at next week’s ProMat show in Chicago. The company expects a commercial launch early next year.