The Google Assistant just got more useful for multilingual families. Starting today, you’ll be able to set up two languages in the Google Home app and the Assistant on your phone and Google Home will then happily react to your commands in both English and Spanish, for example.

Today’s announcement doesn’t exactly come as a surprise, given that Google announced at its I/O developer conference earlier this year that it was working on this feature. It’s nice to see that this year, Google is rolling out its I/O announcements well before next year’s event. That hasn’t always been the case in the past.

Currently, the Assistant is only bilingual and it still has a few languages to learn. But for the time being, you’ll be able to set up any language pair that includes English, German, French, Spanish, Italian and Japanese. More pairs are coming in the future and Google also says it is working on trilingual support, too.

Google tells me this feature will work with all Assistant surfaces that support the languages you have selected. That’s basically all phones and smart speakers with the Assistant, but not the new smart displays, as they only support English right now. 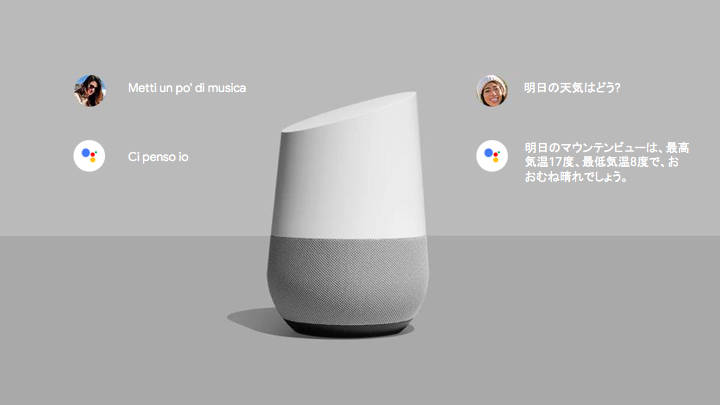 While this may sound like an easy feature to implement, Google notes this was a multi-year effort. To build a system like this, you have to be able to identify multiple languages, understand them and then make sure you present the right experience to the user. And you have to do all of this within a few seconds.

Google says its language identification model (LangID) can now distinguish between 2,000 language pairs. With that in place, the company’s researchers then had to build a system that could turn spoken queries into actionable results in all supported languages. “When the user stops speaking, the model has not only determined what language was being spoken, but also what was said,” Google’s VP Johan Schalkwyk and Google Speech engineer Lopez Moreno write in today’s announcement. “Of course, this process requires a sophisticated architecture that comes with an increased processing cost and the possibility of introducing unnecessary latency.” 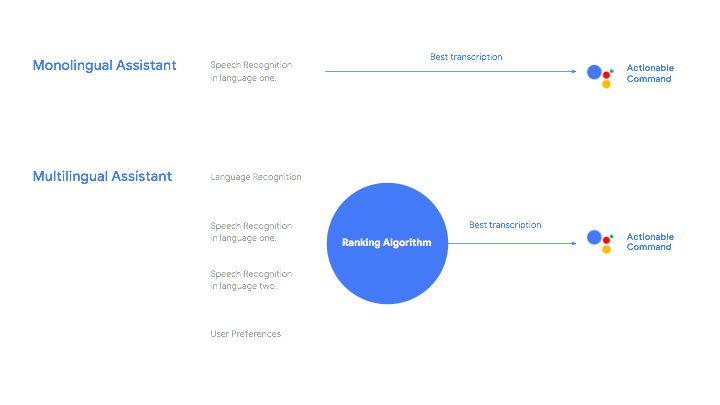 If you are in Germany, France or the U.K., you’ll now also be able to use the bilingual assistant on a Google Home Max. That high-end version of the Google Home family is going on sale in those countries today.

In addition, Google also today announced that a number of new devices will soon support the Assistant, including the tado° thermostats, a number of new security and smart home hubs (though not, of course, Amazon’s own Ring Alarm), smart bulbs and appliances, including the iRobot Roomba 980, 896 and 676 vacuums. Who wants to have to push a button on a vacuum, after all.