Japan Display is demoing a pair of new backplanes at SID Display Week this week. When used as parts of E-ink screens, the backplanes will allow for 400 ppi and 600 ppi screens. 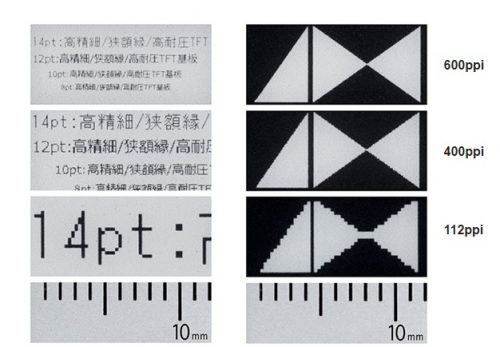 JDI described the new backplanes as using LTPS (Low Temperature PolySilicon) tech, and said that it could be used for higher resolution screens on par with high-end smartphones screens.

Right now the sharpest e-ink screens on the market can be found on the Kindles, the Kobo Aura One, the Boyue T63, and a handful of other ereaders.

The new screen would be twice as sharp and have four times as many pixels.

It will also require a more powerful CPU to drive the extra pixels, and that means either a bigger battery or shorter battery life.

So while enthusiasts may one day get the high-res E-ink screens they’ve alway wanted, those screens are going to come at a price – a price that some won’t want to pay because we can’t really see the difference between a 300 ppi screen and one with 400 ppi, or 600 ppi – not when we’re reading text, anyway.

You just finished reading Japan Display Demos a 600 PPI E-ink Backplane which was published on The Digital Reader.